NAVI MUMBAI: A 10-hectare perennial water body at Kharghar, listed in the National Wetland Atlas, faces extinction thanks to continuous burial by CIDCO, environmentalists have complained.

In separate mails to the Union Ministry of Environment, Forest and Climate Change and the state Chief minister, NatConnect Foundation has pointed out that the local activists have been literally screaming against the burial of the large wetland with no response from the government-owned CIDCO.

This development comes in the wake of complete burial of Bhendkhal wetland in Uran by NMSEZ of which CIDCO is a 26% stake holder and partial landfill at Belpada wetland allotted to JNPT, Kumar said.

It is significant that the wetland called Khutukbandhan figures in the list prepared by the Raigad District collector. This wetland bears the code number 13327, yet CIDCO has not cared about it, NatConnect director B N Kumar said.

Almost a fourth of the wetland has already been buried in 2011 and CIDCO created a housing society there called Valley Shilp , said environmentalist Jyoti Nadkarni. Now the planner is relentlessly burying the remaining portion, she pointed out. The landfill was stopped after activists raised an alarm, but resumed now, she said.

“This is not a monsoon water body and we have been seeing water here all through the year,” said Nareshchandra Singh of Kharghar Hill and Wetland.

Both Nadkarni and Singh were members of a Collector-appointed committee that documented the wetlands three years ago. They reported that the wetland is a natural (coastal) estuary. Plants in this estuary type of wetland help prevent shoreline erosion and protect inland areas from flooding and storm surges. When a storm hits, estuaries often absorb water from the storm before it can reach upland. This report is now part of the official records.

Nadkarni has written to CIDCO Executive Engineer-Planning  to stop the reclamation and respect the Wetland Atlas status. There was no response, she said.

Officials now systematically prevent rain water flowing into the wetland apparently to prove that the wetland does not exist.  Plenty of water flows to this part from the hills and the official waste of this natural resource, she narrated.

Disrespect of wetlands is nothing new in CIDCO’s recent trend, said Kumar. “We are seeing how the planner has been allotting wetlands for so-called development which is already causing destruction in the Uran area,” he said. Reckless landfill has interfered with the natural flow of tidal water and caused unseasonal flooding of homes and paddy fields yet the district administration has remained a mute spectator, he said 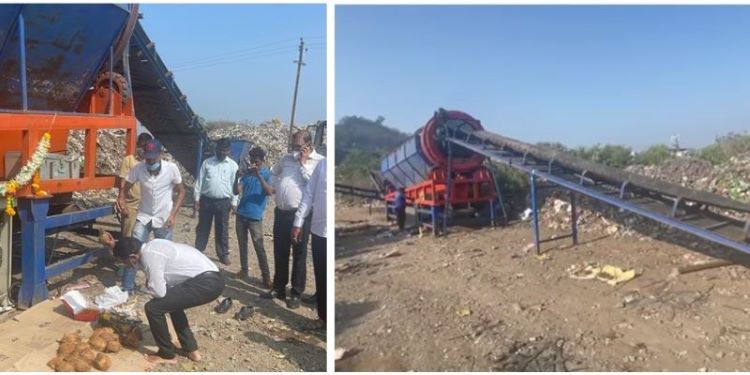