The judges expressed their displeasure over the fact that “the responsibility is sought to be shifted from one authority to another”.

MUMBAI: The Bombay High Court on Monday strongly pulled up Raigad District Collector Uran Municipal for not complying for over two years with their own statements to stop dumping garbage on mangroves in Uran.

“Such conduct on the part of the Council and/or the Collector cannot be tolerated. It is their duty to abide by the statements made before the Court and also to comply with the directions of the Court,” Justices Milind N. Jadhav and S.J. Kathawalla said in their order.

The judges expressed their displeasure over the fact that “the responsibility is sought to be shifted from one authority to another”.

The Court directed the Collector, Uran Municipal Chief Officer, Executive Engineer, Civil-CIDCO and Member Secretary Maharashtra Pollution Control Board to appeal before the court on Tuesday (December 7, 2021) through video conferencing to resolve the “long standing issue of stopping the dumping of waste in the mangrove areas which is leading to the degradation and destruction of the mangroves”.

The local citizens and environmentalists have literally been running from pillar to post for nearly 15 years against the garbage dumping on mangroves at Bori Pakhadi with the Shri Hanuman Koliwada Macchimar Vikas Sanstha Maryadit and others filing the writ petition in the High Court in December 2018.

NatConnect Foundation has written to the Prime Minister twice over pointing out that the Swachh Bharat campaign has been thrown to winds in Uran. There has been exchange of mails from the Centre to the State nearly 15 times with no action whatsoever. “Even after the Chief Minister asking the Urban Development Department, we didn’t see any action,” said B N Kumar, director of NatConnect Foundation.

Local activist Samir Ashrit, Pritam Thakur and Nishant Gharat led a delegation to Raigad Guardian Minister Aditi Tatkare on the long pending issue and she directed the then Collector Dr Nidhi Chaudhary to take steps to stop the menace.

“Sadly, nothing has happened despite our collective efforts with the government and even the High Court appointed Mangrove Protection and Conservation Committee,” said Nandakumar Pawar, head of Shri Ekvira Aai Pratishtan. “There seems to be no value for rule of law,” he lamented and expressed the hope that the issue would now be resolved with the intervention of the High Court.

Meanwhile, the High Court order stated that “As recorded in our order dated 8th October, 2021, the learned Advocate appearing for the Uran Municipal Corporation had submitted before the Court on 19th December, 2018 that they have identified a plot where the solid waste will be dumped and the Municipal Council will not dump the solid waste in the restricted area till the alternate arrangement is made. The Collector, Raigad in his Affidavit dated 19th February, 2019 stated that the land for solid waste dumping is yet to be identified and allotted”.

However, the statements made before the Court have not been complied with since the last more than two years and the responsibility is sought to be shifted from one authority to another, the Court noted.

The Court had earlier taken note that the officials breached their commitments to find alternative dumping ground and stop garbage on mangroves.

Ashrit meanwhile said the dumping is on even as of Monday.

On Africa’s farms, the forecast calls for adaptation and innovation

Flamingos Are Coming Back To Their City 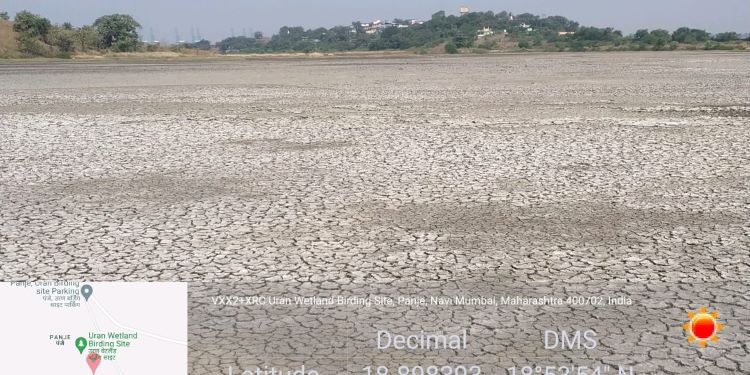