NGT steps in to save Panje wetland

NAVI MUMBAI: In a success for the environmentalists’ efforts to rescue Panje wetland n Uran from being choked, the Pune zonal Bench of the National Green Tribunal (NGT) asked CIDCO to ensure that all the five tidal water inlets to the 289-hectare property are opened immediately.

The Tribunal bench chaired by Justice Adarsh Kumar Goel, heard the petition by Nandakumar Pawar, head of Shri Ekvira Aai Pratishtan, complaining against the frequent blocking of the water inlets to the wetland thus rendering the area dry and making it uninhabitable for thousands of migratory birds.

The Bench comprised of judicial members justices Sudhir Agarwal and Brijesh Sethi, while Dr. Nagin Nanda was the expert member on the Bench. Advocate Meenaz Kakalia who appeared for Pawar pointed out that the blocking of water flow is a violation of an earlier order from the State Government.

The Bench did not find it necessary to hear out CIDCO since the government has already ordered to clear the blocks, Adv Meenaz said.

Environmentalists have been fighting for long to keep Panje wetland intact to protect biodiversity. On NGO NatConnect Foundation’s plea State Environment Minister Aditya Thackeray had on March 4, 2020 even ordered halting of construction at Panje despite which intermittent landfill has been going on there. As the order to Raigad Collector and CIDCO went unimplemented, NatConnect moved the Chief Minister who asked the Environment department to step in.

In fact, in November Environment Director Narendra Toke ordered the Collector and CIDCO to adhere to the Minister’s order and pointed out that the stoppage of waterflow to the wetland was a clear violation of the CRZ norms. The government has already submitted to the High Court that Panje falls under CRZ-1 and as such there can be no construction without the approval of the Maharashtra Coastal Zone Management Authority (MCZMA).

CIDCO, despite claiming that Panje is a holding pond as part of the flood control mechanism for the upcoming Dronagiri node, has leased out most of the wetland to Navi Mumbai SEZ of which the state-owned planning agency is a 26% partner. NMSEZ, on kits part, built a massive compound wall around Panje and set up security cabins without any permissions. The Environment Director has ordered NMSEZ to demolish the cabins which was also not adhered to, said B N Kumar, director or NatConnect Foundation, in his fresh letter to the CM. “We are not against any development activity that would bring jobs and prosperity to local people,” said Kumar, director or NatConnect Foundation. “The so-called development should spare mangroves and wetlands which are very important to maintain the fragile bio-diversity of Uran,” he said.

Pawar also urged the NGT, pending the hearing and final disposal of this matter, the Maharashtra Coastal Zone Management Authority (MCZMA) be directed to conduct a site inspection in the presence of the applicant and submit a report to the Tribunal stating the current status of the Panje wetland.

Pawar’s petition to NGT pointed out that coastal wetlands are important features in the landscape that provide numerous beneficial services for people and for fish and wildlife. Some of these services, or functions, include protecting and improving water quality, providing fish and wildlife habitats, storing floodwaters and maintaining surface water flow during dry periods. These valuable functions are the result of the unique natural characteristics of wetlands.

The Panje coastal wetland is low-lying and spread over an area of approximately 289 hectares and is bounded by the villages Panje, Phunde, Dongari and Bokadvira. It is bordered by mangroves on the west and the east and has mangroves inside the wetland at some locations. It is intertidal wetland that has been formed naturally in abandoned saltpans. Due to its geographical location, it was earmarked by the planning authorities as a flood control zone since the regular tidal influence made it easy to soak and drain the water from the nearby areas.

Panje Coastal Wetland comprises of salt marshes and mangroves. Before the artificially created blockages, the wetland would also get inundated during the high tide, indicating that it is an intertidal area. The Environment Department if the State Government has itself referred to Panje as a CRZ Area. Being a coastal wetland falling within CRZ-I(A) areas it is therefore subject to the provisions of the CRZ Notification, 2011.

Clause 3(iv) of the CRZ Notification, 2011 prohibits the reclamation, bunding or disturbing the natural course of sea water and sets out a limited set of exceptions to this. Clause 3(xii) stipulates and absolute  prohibition on any kind of construction activity in CRZ-I except those set out in clause 8 of the notification. A perusal of clause 8 of the CRZ Notification will bear out that blocking the tidal ingress of water to CRZ areas is not permitted.

On Africa’s farms, the forecast calls for adaptation and innovation

Flamingos Are Coming Back To Their City 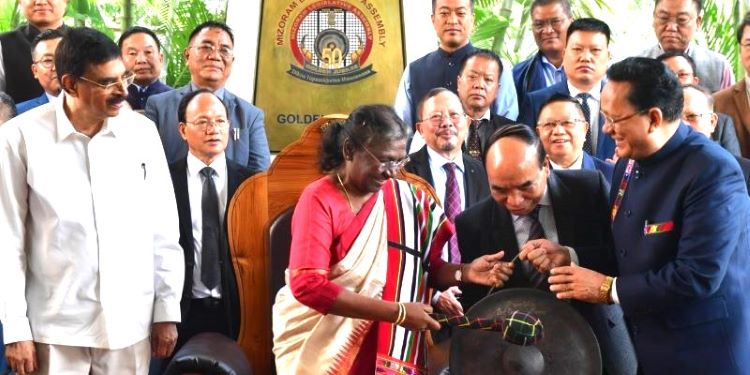